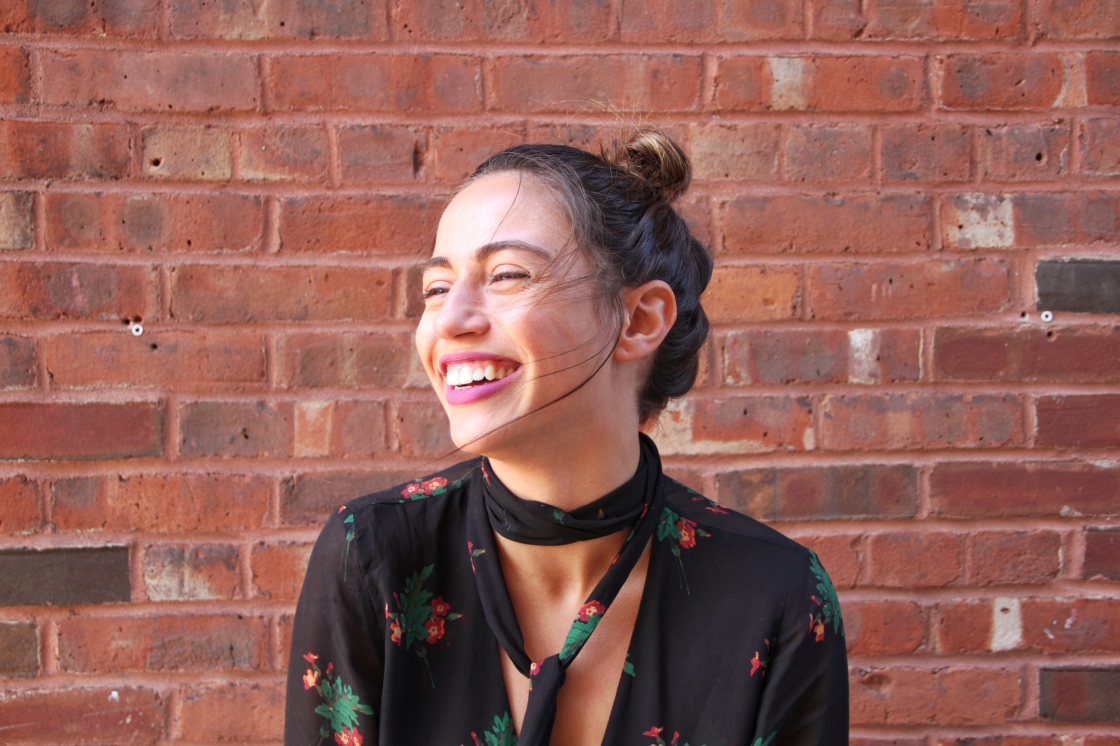 “When I put on a lip or something I definitely feel a little more sassy.”

“I cut my own bangs once when I was like five. I just took scissors right across and I just had these horrible bangs for like a year. My parents thought it was hilarious, they weren’t the type of people to get mad about that, they were just like “oh my God, you have bangs now and they look terrible.” And it was more of like a photo op moment and thought it would be hilarious to take pictures so they could show everyone when I was older.

If I had a feature that I really focused more on, it would probably be my brows. But I’ve been really into lips lately too. I’ve been using reds a lot too, I’m using Stila’s Stay All Day Liquid Lipstick in Beso that dries matte. It’s a really good red, it’s not super dark but it’s a good blue-red. When I put on a lip or something I definitely feel a little more sassy.

A bold lip 100% helps you to feel yourself for the night or whatever.

I just started focusing a lot more on skin care which is why I’ve been able to not wear as much makeup during the day. So, right now I’m using Dr. Dennis Gross All-in-One Cleanser with Toner and it’s amazing because it’s like a cream that you just rub on and don’t wet your face first. You just leave it on for 30 seconds and then wash it off. Then, the other product from him that I use is the Firming Peptide Milk – he has a lot of products that are two-in-one’s and your skin just feels so good afterwards. It’s changed my skin so much and it just evens everything out and controls redness.

For hair, I’ll definitely do like a hair mask once a week or I’ll try to. I’ve been lightening my hair up a little bit so the ends have gotten a little bit dry and damaged so I’ve been trying to keep it a little bit healthy.

I also try to go and get my brows threaded every three weeks but in between I’ll pluck the strays because it gets a little crazy. I’ll trim them sometimes but that makes me nervous. Tweezing is fine, but trimming scares me. Tweezing is easier because I won’t go up to the actual brow, because hair will grow on like my eyelid!”